We love going to zoo. Even as an adult in his late 30’s, my husband used to go to 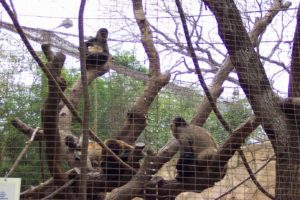 It’s amazing what we can get used to or accept as normal. It’s common knowledge that we are being tracked with every click on our smart phones, scan of our rewards cards, and search on our laptops. The grocery store knows which coupons to give me the same way Facebook introduces me to a dozen pages that are close enough to the irreverent, 80s nostalgic, underdog, and teacher-focused other pages I have liked. Technology is designed to make life easier by bringing us all of our likes faster. But, it is so effective in keeping contrary opinions and points of view so out of reach that we stop growing.

Facebook is the easiest way to illustrate my point. My friends and I share similar values. So, when they post interesting stories or articles, of course I “like” them. GAME ON. I am automatically able to “like” the source. That clearly gets another thumbs up. 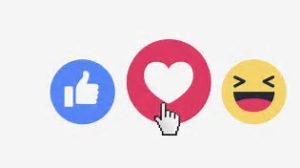 After a very brief period of time (imagine sun cycles, not lunar cycles), feeds I have never heard of are banners between every 3rd post. My cultural ADD clicks in causing me to dole out more “likes.” My global village is now just a cul-du-sac of like-minded people. Sounds good, right? Too good. The problem is we have limited our capacity to develop to our full potential without any exposure to contrary opinions.

Growing Up is a Lifelong Journey

Developmental psychology has many different theories and models. Like the delicious cheese counter, theorists come from different countries and emphasize different aspects of aging. What they all agree on is growing up isn’t limited to children and requires HEALTHY CONFLICT.

There are times when surrounding yourself with like-minded, cheerleaders who support you without exception is vital; low self-esteem days and tragic life events happen to us all. But, spending too much time in your bubble is similar to the NEXT 5 minutes in the monkey house; reality is suspended. The answer is not to avoid the monkey house or convince yourself there was no palpable stench. You CONFRONT the discomfort, readjust your expectations, and smile for surviving with a (now) bigger bubble.

Before the costume designers of Star Trek: The Next Generation chose an 80s banana clip for a futuristic visor, LaVar Burton was the host of Reading Rainbow. Each episode had a theme similar to ones that my son has in his pre-K class…space, animals, transportation, etc. Books were read to us by famous celebrities like Kermit the Frog. LeVar Burton took us on “field trips” to a fire house or farm. But, the best part of each episode was at the very end. A child just like me, a cute, book-loving precocious child, would tell us all about a favorite book. These were heartfelt testimonials that always ended with the phrase, “But, you don’t have to take my word for it.” No? But, I do! You love books…I love books! We are virtual book club buddies!

Bibliotherapy is a real, accepted modality for treatment of some mental health issues. It started with the turn of the century when soldiers were given medical books to learn about their injuries. In the 1960s, bibliotherapy became an official modality under the American Library Association, and psychotherapists mainstreamed the practice as an additional tool during more traditional therapeutic treatment. As Lessons Learned begins adding an occasional book review, it is important to understand the mental health benefits of reading.

Bibliotherapists are most often English majors with a depth of knowledge about “who” and “what”. Therapists are most often psychology majors with a depth of knowledge about “how” and “why”. As a woman with a bachelor degree in English Education and a master’s degree in psychology, I am your unicorn. As this blog takes on an occasional book review, have some faith in the magic of some more of the lessons I have learned. 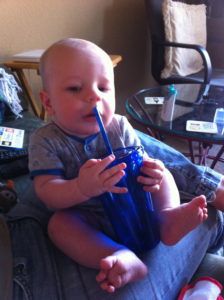 When Jacob was four months old, he was obsessed with the color blue. He grabbed anything and everything blue. He also gravitated to anything that was Mommy’s. We got him to eat fish, chicken, spicy foods, etc. by putting HIS food on MY plate. So, the combination of Mommy’s cup and the color blue gave us this adorable picture. Then, the clever makers of Budweiser came up with a delicious, cheap, beer with double the alcohol. 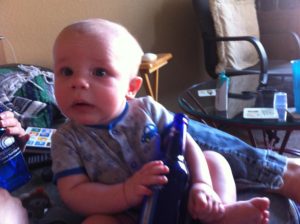 Problem: the bottle was blue. That is how we got this other adorable picture. The parental challenge we face is how to explain to this sweet boy (one day too soon) that drinking is not cute….or fun…or cool…or anything permissable until he is 21 years old.

I am writing this blog on the precipice of Oktoberfest, the gateway holiday for the season of playing with friends and family. That season is also a time of overdoing and undersupervising. Fifteen years of teaching and eight years of counseling have given me a front row seat to substance use and abuse. Here are the secrets I have learned from the mouths of addicts and the families who love them.

There are some common physical and/or behavioral clues that you have a loved one who is building a relationship with an illegal substance. The illegal substances we are talking about include tobacco and alcohol because of the legal ages required to consume those products. Take a breath, moms and dads…here we go:

There are hundreds of articles, books, and expert opinions on the topic of teen substance abuse. There are more drugs to discuss and tricks to spotting addiction to learn. It is important to know that you don’t need a family history to raise a child struggling with drug use or abuse. You just need a child to make a bad decision. Like most family problems, substance use and abuse are nobody’s fault and everyone’s responsibility. You can help correct that mistake like our mythological friend, Pandora…hope. 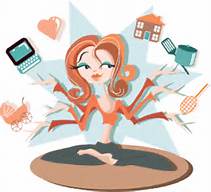 But, when it comes to down time, I talk a good game. I would love to craft something that makes my house more of a home. I need to stretch and meditate during yoga to let the toxins out of my body. Instead, I’m a self-proclaimed couch potato. Except….

My fingers are busy…

They are fast forwarding shows on my DVR.

They are clicking on Facebook and swiping back to Angry Birds. (Don’t judge; I’m still playing Angry Birds and shunning all invitations to Candy Crush and Pokeman Go.)

They are tapping on Safari to load my tracking info from Amazon faster.

Following the Code: Nature vs. Nurture

I am surprised how often I am asked about “real” ADHD. My answer, always careful not to offend, is that there have been a lot of environmental factors, our ever-growing technology, that may have contributed to the over-diagnosis of an actual struggle for thousands of children and adults.

I was first taught about ADHD when I was studying to be a teacher. It was the latest example of a real mental illness that had become mainstream due to the dedication of altruistic doctors who felt terrible about not recognizing this illness earlier. Added to the need to correct earlier mistakes was the near-immediate impact of an early drug; Ritalin showed a marked improvement in handwriting!

Now, parents were demanding the miracle drug that calmed down their sons (yes, mostly boys) long enough to care about capital letters touching the top and bottom lines of their paper.

ADHD diagnoses rose 43% between 2003 and 2011. The newest version of the DSM (released in May 2013), the manual that details names and criteria for mental health disorders, has included new guidelines for diagnosing and treating adults. But, when you actually examine the criteria, you will see that ADHD is a very specific combination of struggles.

There is another set of criteria that involve caveats, like behaviors that interfere with typical activities and timelines for initial onset of behaviors. IF you can still qualify for a diagnosis of ADHD, there are a bunch of permutations of that diagnosis. I think of these like the rules for spelling: “i” before “e” except after “c” and if it sounds like “ay”…

Our big, supercomputer brains are always being rewired, by diet, supplements, medication, or age. Certainly, our fast-paced, technologically-driven environment can simulate a real mental health disorder. Unplugging your technology gives your brain its chance to unplug and slow down. Oh, and you know the bouncing ball on the screen that you follow to sing along favorite songs, I’m always two lines ahead…out of place and out of tune.