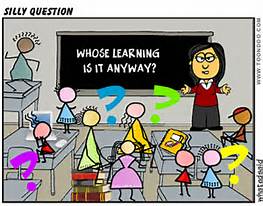 I started my student teaching nearly 20 years ago. My assignment was split between an accelerated sophomore English class and a regular junior English class. I was twenty years old, smart, cocky, and completely unprepared for what being in the classroom actually meant.

My sophomores had to read The Adventures of Huckleberry Finn. I had designed fantastic lesson plans surrounding the use of the n-word and the allusions to Shakespeare all to disguise how much I detested the book. I was not impressed with Twain’s satire despite my self-proclaimed coronation of the Queen of Sarcasm. I was not a fan of the protagonist’s introspection on the river. (My own introspective years came much later.) This teaching assignment was going to be painful; I was all creativity and no content.

My junior class assignment was the opposite. I struggled to find ways to interpret a complex text like Beowulf (which I learned to pronounce BAY-AH-WULF three days before the end of the unit) for regular level juniors. My students had the same opinion of this unit as I did, a necessary evil for both of us to move on to the next step in our education. My cooperating teacher had the answer for years; compare Beowulf to Star Wars as examples of mythic heroes. That plan also gave me the chance to shamelessly enjoy one of my favorite movies AND complete a daunting teaching unit. 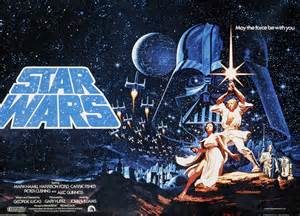 (First, don’t ask which Star Wars. This was twenty years ago; there was only one. Second, don’t worry about wasted time. There was a six page packet to fill out while watching to prove or disprove the monomyth’s applications.) The outcome of both of those experiences was a lesson learned that resulted in a blissful fifteen years as an educator and an insightful eight years as a therapist.

The Power of “And”

It was tricky to be a teacher and a student. That never changed. But, once I embraced that a teacher can remain a student AND learn from her students’ fresh approaches and reactions to material, I became an award-winning teacher. In therapy, the theory behind seeing how two seemingly polar opposites can be true is called dialectical behavioral therapy (DBT).

DBT is a treatment model used for chronic mental illnesses such as addiction, self-mutilation, eating disorders, and anxiety. Unlike previous posts, these struggles cannot be helped without professional interventions. The modality was created to help balance the contradictions imbedded into lifelong mental illness. DBT allows for the harmful effects of the illness to be incurable while making them manageable.

Similar to my post on group therapy, I will attempt to summarize the basics of this treatment modality which works to keep patients in a steady mental state. (Still, no Spark Notes.):

With the start of summer, adults want to be kids. Friction occurs when kids still need their role models to be adults. The answer is to live in a world of “and” by being both. Get dirty in the mud from summer rain AND be responsible enough not to trek it into the house. Show your kids who invented fun!