I confess. I’m a gamer. Not WAS a gamer…AM a gamer. I didn’t grow up this way (unless you include a stubborn determination to beat Mario Bros on Nintendo). 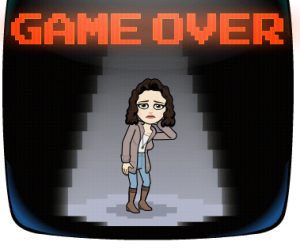 In fact, it wasn’t until college that I fell deeply in love with computer games. Picture this: it’s a hot summer day in Chicago. My boyfriend, his crew, and I hit the sand beach volleyball courts of the North Shore park districts for hours. After a quick round of showers, we all gathered in an apartment lugging 90’s Apple computers, an ethernet hub, a duffel bag full of cords, and a 6-pack. That is where I was when the Bulls grabbed championship after championship, and I watched live coverage of the deaths of Princess Di and Mother Teresa. Needless to say, when families try to convince me that gaming is ruining their children, I work hard to remember I’m an objective professional. Fears of Grand Theft Auto® and Call of Duty® have come in and out of my practice without a mental note much less a blog. Fortnite® is different

Out of the Mouths of Babes…

My husband and I still sneak in some gaming time, but neither of us has ever played Fortnite®. So, I conducted some field research to learn about the basics of the game. Here is what I’ve learned from a 14-year old expert gamer and a 25-year old social gamer. Fortnite® resembles what children of the 80’s would call a Wrestlemania Battle Royal combined with the Hunger Games.

Players are randomly placed on a map with resources. These resources can be cool, high powered guns, or lame, pile of wood.As the timer signifying the outer layer of the world disappearing ticks down, the player must gather resources to survive. Resources can only fill 5 slots of a player’s cache. Concurrently, a player can erect structures or barriers while trying to kill their way to the center. Confused, yet? I’ll give you the cheat sheet: poor randomized placement on board? DEAD; poor randomized gift of starting resources? DEAD; poor strategy balancing defense and offense? DEAD. This is how our children are having fun.

Out of the Mouth of a Family Therapist

The mental health profession studies the effects of gaming constantly. But, the American Psychiatric Association’s Diagnostic and Statistical Manual of Mental Disorders (DSM-5), which is used by mental health professionals to diagnose mental disorders, DID NOT add gaming to its latest version in 2013. Research continues investigate whether excessive video gaming has the same effect on developing brains and neurotransmitters as substance abuse (making gaming an addiction) or obsessive compulsive behaviors (making gaming an anxiety disorder). When the experts’ research comes in, therapists will know how to help families navigate this modern maladaptive behavior. Let’s not wait for them.

What Gets Lost When Your Kids Try to Win

I mentioned some basic ways a player’s game can be cut short in Fortnite®. Here is what MAY be happening to your player when that happens.

The treatment plan for Pervasive Fortnite® Personality Disorder (not a real psychological disorder…unless my colleagues use it for future research), is ironically what makes the game so dangerous, TIME MANAGEMENT. Help your tween and teen transition back into the real world by giving them tasks that are designed to be routine and control breathing. Chores like setting the table, activities like jigsaw puzzles, or completing their reading minutes for school will bring the humanity back to your home.