My husband and I take silly seriously. We spent a great deal of our courtship playing Warcraft over an Ethernet hub with six friends in a two-bedroom apartment. (Really, it was incredibly romantic to be advised to “make a peon” every three seconds.) So, when we are overwhelmed with responsibility, we find a way to shirk off the dusting and vacuuming by playing a game. 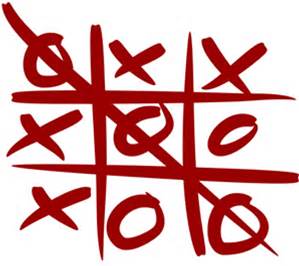 The other day, I downloaded an app so I can write text and draw on photos before posting them on Facebook. I demonstrated this new toy to my husband by scribbling on a picture of him. Somehow that devolved into using the app to doodle a tic-tac-toe board. Seventeen games later, Joe still had not won one. Not one. Many of you are smiling because you know the same pattern I do, the one which secures the top left, bottom left, and bottom right corners guaranteeing a win regardless of what pitiful move your opponent makes. I’m lucky that Joe is a good loser because I am a horrible winner. What is worse than that is I set him up to fail…seventeen times. That is the epitome of unfair and an issue I see in marital counseling all of the time.

Developing a Definition of Fairness

It takes a lifetime to develop a working definition of fair/fairness. There are developmental models in psychology, Supreme Court cases, and dictionaries that attempt to define this complex issue. It’s no wonder that a couple has a hard time negotiating the content when there are as so many different ways of understanding the construct. I have my own developmental model of fairness:

Marriage is not a game. If you are already counting wins and losses, you have lost a fundamental building block of your marriage. Fairness in marriage is a feeling. And feelings are not shared through slammed doors.